“The Word became flesh and made his dwelling among us. We have seen his glory, the glory of the one and only Son, who came from the Father, full of grace and truth.”

“Do not let your hearts be troubled. You believe in God[a]; believe also in me.” 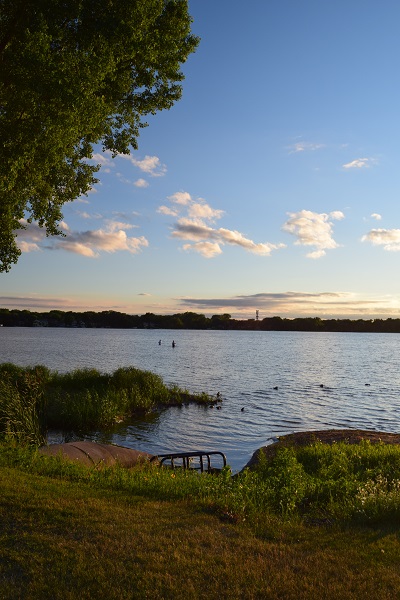 “But you, man of God, flee from all this, and pursue righteousness, godliness, faith, love, endurance and gentleness. 12 Fight the good fight of the faith. Take hold of the eternal life to which you were called when you made your good confession in the presence of many witnesses. 13 In the sight of God, who gives life to everything, and of Christ Jesus, who while testifying before Pontius Pilate made the good confession, I charge you 14 to keep this command without spot or blame until the appearing of our Lord Jesus Christ, 15 which God will bring about in his own time—God, the blessed and only Ruler, the King of kings and Lord of lords, 16 who alone is immortal and who lives in unapproachable light, whom no one has seen or can see. To him be honor and might forever. Amen.”

(This photo was taken in June of 2016 at a lake near Plymouth, Minnesota)

Living by faith and striving to know Him and to make Him known
View all posts by mcalcagno →
This entry was posted in Faith Journey and tagged Follow Jesus, forgiveness, God's faithfulness, God's love, God's Word, Inspiration, Jesus, Life, Sacrifice, Salvation, Savior, Son of God, Truth, Walking with God. Bookmark the permalink.

The Chronic-ill(s) of a Quirky Teacher

a blog of hope by savannah wall

Original, daily devotionals, inspiration and more from a fresh, "Hey! I never thought about it like that before" perspective.

Seeking Solace in the horizon of life & beyond

Editing your life to make more room for Christ.